We decided to head up to Idaho for Labor day and we sure had a lot of fun. Of course we fished in Grammys backyard and ended up catching a big one on the second cast. Maddie tried fishing but she wasn't into it that much. Especially when it came to killing the fish. She wanted to have it as a pet. Lyndon on the other hand loved it. Even though he didn't catch one on his pole he was loving every minute of casting and reeling in.

The trout was about 18 inches and it sure tasted good. Nothing like having a fish straight out of the river!

Then Lyndon got to drive a tractor "all by himself" (according to Lyndon). He had a blast!

We were all sad to leave and were already planning our next trip back!

Destiny and I decided that we needed an afternoon together and so we decided to try the Bell Canyon Hike. We made it to the lake pretty quick, and wasn't sure how to get to the falls, so we hiked around the lake trying to find the falls. We ended up climbing up some of the stream part and ended up finding the trail to the falls. We found out it was going to take about an hour to hike to the falls and we wanted to go to dinner so we only made it about half way up. It was still a lot of fun and it was really pretty. It's always nice when we can get away together. I love spending time with my best friend!

Halloween came fast and both Lyndon and Maddie had a hard time deciding what they wanted to be. Lyndon finally decided to be the black spiderman and Maddie was a fairy.

We went to Snowbird and stayed the night at one of the hotels at the resort. It was so much fun. There was a pool and lots of fun activities for the kids. They got their faces painted, got to jump on some trampolines, ride an Alpine slide, and do some fun hiking. Destiny actually loved being up in the mountains. It was so much fun.

Posted by Gordon at 8:50 PM No comments:

So I noticed that nothing has been posted for almost a year! So I'm going to try and get caught up with some of the big events that have happened since then.

We took the kids to Timp Caves in American Fork Canyon. It was a bit of a hike but we had lots of fun. I ended up carrying Maddie most of the way and it was a little nerve racking with the kids in some areas but it was really cool and really beautiful!

Posted by Gordon at 8:34 PM No comments:

We decided to go camping with some friends of ours who go camping all the time. This was our first time as a family roughing it in a tent in the woods! We were pretty excited. Right before we left, my friend asked if we were ok with driving on a dirt road. We didn't realize what we were getting ourselves into. It was a little worse than just a dirt road. It took an hour driving 3mph over big rocks and near cliffs which really scared Destiny. She made it though, she just had to keep her eyes closed. Here's a picture of the road but it was actually a lot worse than the picture shows.

We finally got to the spot and it was really beautiful. The ground was really wet but still pretty.

We tried doing a little fishing but didn't have any luck. So we had a back up plan.

The kids had a blast. Maddie had fun getting dirty. And they liked being able to run around and be loud.

The next morning we got up and thought we would try fishing again. I got lucky and caught one on my first cast. The kids thought it was pretty cool.

Then as we were packing things up so we could go on a hike and go to a lake to do some more fishing, Lyndon fell into the camp fire! He was running with Becca and tripped over a rock and his left knee fell onto red hot coals. It was pretty bad. There was a clean stream that we camped next to so we raced him over to the stream and got him in. Cold water really isn't the best on a burn but it's all we had.

Lyndon was really tough as we pulled some of the burned skin off his leg. We decided to pass on the hike and get Lyndon home. By the time we got out of AF Canyon his pain was gone. His knee still looks pretty nasty but it hasn't slowed him down much. He is still running around. When we got home and looked at our car we couldn't believe how dirty it was. We said never again would we take our car on this "dirt road."

Overall we had fun. When I asked Lyndon that night if he had fun he said he had so much fun and wants to do it again. Maybe just a different spot with a little bit better fire pit though.

Destiny talked me into going skydiving for my 30th birthday. It was such a blast. I can't wait to do it again. The only problem was that we did a lot of spinning on the way down and I got a little sick. Good thing I didn't have much food in me or I would've lost it for sure.

Oh, can't forget to mention that Destiny went to go get us food and ended up hitting a deer with my car! I was a little upset but glad that her and the kids were ok. Hopefully we'll be able to get the car in the shop this week to get it all fixed.

All because two people fell in LOVE! 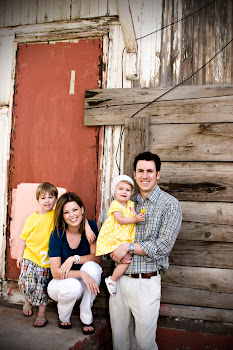 PLEASE DO NOT COPY ANY IMAGES WITHOUT MY PERMISSION.... THANKS!

Put My Button on your Blog (copy/paste this code)

I Love to See The Temple!

If you have lost your desire or need motivation to go to the temple this is it. If you are curious about Mormon Temples you can find all your answers in this video! 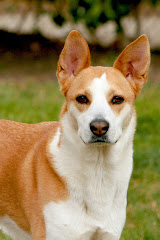 "All truth passes through three stages:
First, it is ridiculed;
Second, it is violently opposed;
And third, it is accepted as self-evident."
~Arthur Schopenhauer, Philosopher (1788-1860).

Lyndon 2 1/2 years, Madelyn 5 days (We need a new family portrait, one where I am not 5 days postpartum!)

NETWORKING | My Many Talented Friend's and Family Online

Cheap Airfares from Dallas/Ft. Worth by Airfarewatchdog.com